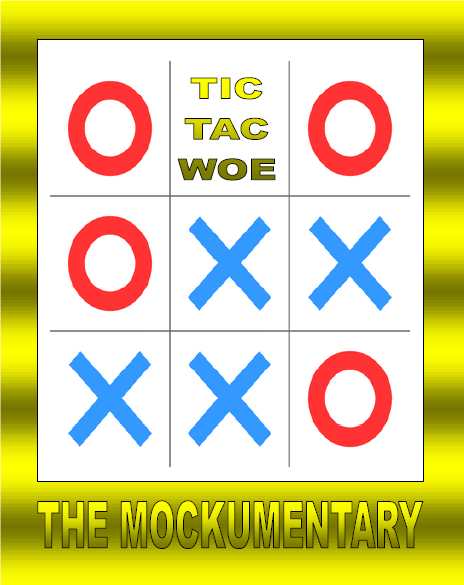 STATUS: In development. An original story concept was conceived in January of 2021. An actual script was written in July 2021.

LOGLINE: No one has ever documented the world of tic-tac-toe, so filmmaker Illysia Urbana-Damas, aka “IUD,” will do just that, with a documentary that goes off the rails from the very start.

This will be a satire about the game of tic-tac-toe, portraying two competitors preparing for the championship match much like grand master chess players. Various fellow players will provide testimonials of both players’ strengths, while historians will take us back to the earliest times when the game was first created. We will see re-enactments of key moments in the development of the game. There will be cavemen who, after drawing X’s on the ground to depict where they are currently positioned and where they think some antelope exist to stalk, tilt their heads at the diagram they draw in the dirt and then proceed on. There will be two Egyptians who play a game where one draws an “X” and the other immediately draws a circle around it. They laugh but then are curious about something “missing” in what they do. Then there will be the Greeks – someone who resembles Plato and another Aristotle – who sit around philosophizing about whether life boils down to being an “X” or that of being an “O.” In describing their beliefs they draw the X’s and O’s on a sheet of paper and shrug at its appearance. This will be followed by Roman Legionnaires who diagram a battle plan with X’s and O’s and when each of these symbols are placed ahead of either two X’s and two O’s, to symbolize the “blocking” of an advance, we get a sense of the start of the formal construction of the game. Then in the focus on the competitive players, we’ll see them reading tic-tac-toe books on past legendary games and practice them on a tic-tac-toe sheet. One of the players is seen doing intense finger exercises as he prepares. There will be a scene in which one of the masters is in the process of playing 20 other players, going around and immediately putting an X or an O, confounding the multitude of his competition. As the two finally play they will hit a “timer” at the close of each move. It will be communicated that some of the greatest games went on for years! In essence, the short film will be filled with some of the most lunatic driven scenes and dialogue to make Tic Tac Woe a hilarious laughathon!

Stagehands set up a table on stage in an old auditorium for a big event. A bundle of gummed sheets of paper is placed atop of it. The top sheet shows a tic-tac-toe diagram. Jordan Steppin-Wolf, the head stagehand, takes pride in the fact that his team was selected to do the set up for the world championship of tic-tac-toe! 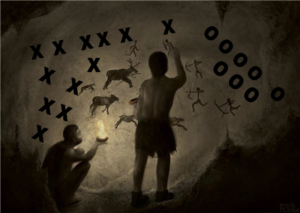 We meet Boris Semenov, from Russia, the world tic-tac-toe champion at his house cooking up lunch with his man-servant, Sergei Taktarov. Boris loves great food, fine wine, and the finer things in life. We then meet Konrad Kopelinsky, who lives for tic-tac-toe, and who is the epitome of the Generation Z’er, living in the basement of his mother’s house. Konrad is the world’s number one challenger for the tic-tac-toe title. He doesn’t care how he dresses, what anybody thinks of him, and has to be reminded to take a bath. Konrad will challenge Boris for the championship and today is the day of the great match. Documenting this event will be filmmaker Illysia Urbana-Damas, also known as “IUD.” She is passionate about her craft and wants to expose the true workings of the world tic-tac-toe championship, whatever that means. She is accompanied by her film crew, which includes most notably, Clayton Moore, who has the name of the man who played the “Lone Ranger” back in the 1950’s and 60’s, but looks like “Tonto,” and that’s what he goes by – although he has no idea who Tonto was or is – go figure. Robert Hessier, an official historian from London, England, provides the anecdotes about the evolution of the game and we get a series of wacky re-enactments ranging in time from the cave man days, to the times of the Egyptians, early Christianity, and during the Roman era, each depicting ludicrous occurrences that might have contributed to the development of the sport. Later we find that he is really Robert Henderson, a tourist, who was brought into the shoot because they could find no historian and his source for information is online with a lot of imagination and a penchant for embellishment. 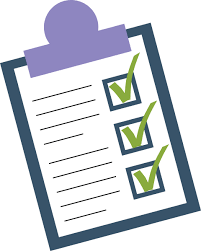 We get separate lunatic interviews of Boris and Konrad which convey the lunacy of both them and their upcoming match. Later, both men are transported to the site of their great match. Boris is driven in his limousine – an old beat-up car with fading paint and oxidation – by Sergei, and comes dressed in a suit, cape, and top hat as if he is to perform on Vaudeville, which died 80 years ago. Konrad is driven by his mother and is reminded to eat something as he’s dropped off. Inside the auditorium, Jordan holds a meeting with his crew to make sure that everything is ready for their arrival. He looks at his clipboard and goes down his checklist and confirms the following task areas with the team: crowd control – no one’s coming; security – Boris has his valet, and Konrad has his mother, though it’s not clear whether she’ll be staying; media – there won’t be any; logistics – one of the crew, Deborah, assures that she’ll be ready to fill each competitor’s water glass when they request. Another member of the crew, Barry, comes up with an idea to improve on that by volunteering to go and buy a couple cases of bottled water. Jordan commends him for his initiative. But Barry says he obviously needs money to do this and Jordan confirms there is no budget. “Well, forget that.”

As Boris and Konrad prepare to approach the stage, they are led in by Michael Duffer and Bruce Duffer, no relation to the famous boxing and MMA ring announcers, Michael Buffer and Bruce Buffer, but definite impersonators. Their iconic taglines, “Let’s get ready to rumble,” and “It’s Time,” are shouted out by them over-the-top-like to the audience that does not exist. As Boris and Konrad prepare to begin the match, Konrad starts to unravel when he notices a video camera mounted on the wall. Michael and Bruce, now doing play-by-play continue their outlandish announcing and are finally told by Illysia to can it. They ask isn’t that what they’re getting paid for? Illysia scoffs and tells them no one’s getting paid. Michael and Bruce immediately vanish. Having to deal with all of the day’s challenges, Illysia is caught in an interview lambasting her crew as they run the camera and sound filming her, causing them to ask her if she realizes that they’re right there. Getting back to the heat of the moment, Illysia and Jordan try to reason with Konrad. The video camera is old, broken, and is literally not working, there’s nothing to worry about. But Konrad is adamant. Because he “feels” it’s videotaping him, he can’t concentrate. Robert intervenes even though he is literally not there, appearing as a kind of disembodied voice, who suggests that the time it is taking to negotiate with Konrad, the match could have been relocated to one of the green rooms backstage. In fact, this is exactly what subsequently happens, and Konrad is pacified, even though it’s pointed out that there’s a camera always pointed at him given Illysia is filming him for her documentary. Konrad overhears this and gets upset, but he still doesn’t get it. 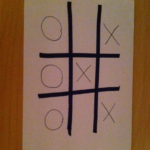 As the match finally commences, we are entreated to a montage of the back-and-forth competitive tension of “X’s” followed by “O’s” followed by “X’s” followed by “O’s.” Robert comments that the match would ensue for five years (it actually ends by 4:30 pm) and would become the greatest tic-tac-toe match in the history of the game, even though no one has any real knowledge of the game’s history. At the conclusion, Boris makes an error and Konrad finally achieves “tic-tac-toe” and becomes the new world champion! In the post-game moments both men are left with the aftermath of their respective outcomes. Jordan helps Boris understand the mistake he made which cost him his title. It’s not rocket science, either Boris blocks Konrad or not, yet he responds as if he finally gets it, commenting that he could not see the trap that was set for him. Konrad is given the world tic-tac-toe championship trophy, which was really Illysia’s personal memento that she got back in the eighth grade for citizenship. Konrad doesn’t seem to mind and is oblivious to the white label that has been pasted atop of it with his name handwritten in. To him, it is the culmination of a life’s dream. 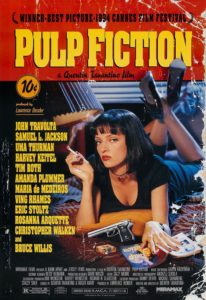 As the mockumentary concludes, Boris and Sergei are seen munching on a classic chicken sandwich at a Popeyes, and Konrad nearly gets run over by his mother when she comes to pick him up. As he rages to her as to whether she is blind, she asks him how was his day, and his mood immediately swings. He tells her he became the world tic-tac-toe champion! She tells him that’s nice and to put on his seat belt. They drive off. Illysia ends our story by commenting that she doesn’t mind the “dis-continuity” of Robert mentioning that the match took five years to complete when in fact it only took an afternoon. She evidences “Pulp Fiction,” and how John Travolta is killed in the second half of the movie, but appears in the final scene. Given this, she conjectures that her movie is on a par with Tarantino’s signature film. During the ending scroll of what happened to all the participants, a closing superimposition notes that Illysia entered the movie into over 250 film festivals and hasn’t heard back from any of them yet.