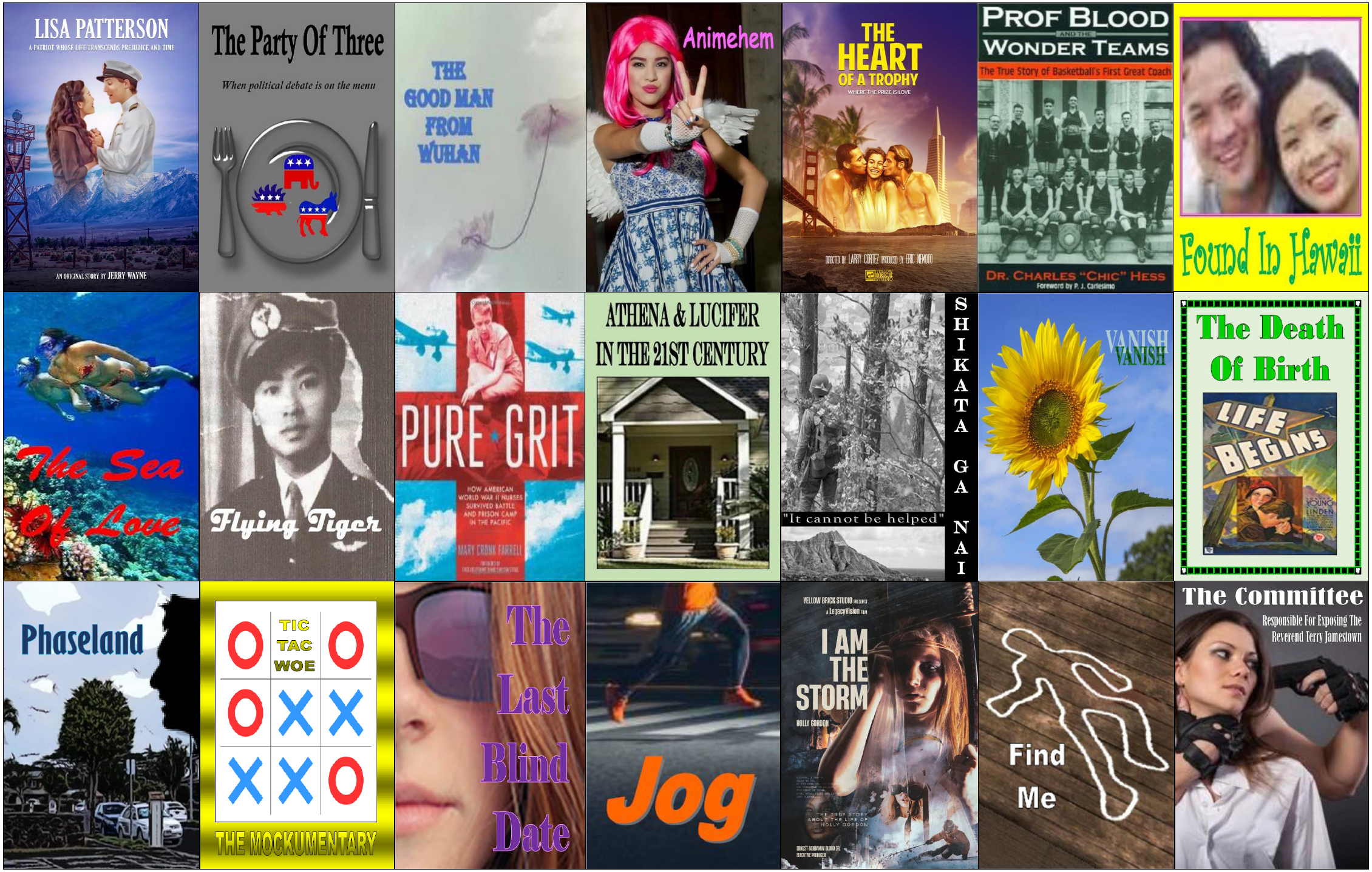 Yellow Brick Studio and LegacyVision Films are pursuing many projects on various levels. These include: 1) the historical epic about a patriotic Asian American woman sent to the Manzanar internment camp, Lisa Patterson; 2) the delicacy of three friends, each with opposing political parties, having a debate over dinner, The Party Of Three; 3) the Chinese family drama which retells some of the evils of Mao’s Cultural Revolution, The Good Man From Wuhan; 4) the comic-con adventure, Animehem; 5) the romantic tale of finding true love, The Heart Of A Trophy; 6) the history of a true sports legend, Prof Blood And The Wonder Teams; 7) the fish-out-of-water Chinese road movie, Found In Hawaii; 8) the cross cultural love story, The Sea Of Love; 9) the biography of a true Chinese war hero, Flying Tiger; 10) the WWII saga of courage against all odds, Pure Grit; 11) the suburban thriller about a possible killer living next door, Athena & Lucifer In The 21st Century; 12) the drama that tells the secret which a WWII veteran has held in for 50 years, Shikata Ga Nai; 13) the sci-fi mystery of a ghost haunting a rural property in order to communicate something to the people who live on it, Vanish; 14) the true story of Mary McDougal Axelson, whose birth of her daughter, Mary Ivonne Axelson, became the inspiration for what made her famous, the movie “Life Begins,” but also ultimately led to her demise when Mary Ivonne would come to cause her death, The Death Of Birth; 15) the sci-fi fantasy of a man who wakes up in a world of animation, Phaseland; 16) the mockumentary about a fictitious tic-tac-toe world championship, Tic Tac Woe; 17) the romantic comedy drama about a man whose blind date turns out actually to be blind, The Last Blind Date; 18) the action thriller about an average guy who on his nightly run encounters thieves and thugs and becomes Rambo in the streets of suburbia, Jog; 19) the true life story of Holly Gordon, a woman who overcame physical and psychological trauma to become a successful photographer and control her own destiny, I Am The Storm; 20) the dramatic thriller of a man having visions which he ultimately discovers are meant for another purpose, Find Me; and 21) the movie version of a hit play that brings crime and comedy together in a single room, The Committee Responsible For Exposing The Reverend Terry Jamestown.

NOTE: Click on each written title for detailed descriptions of each proposed production.